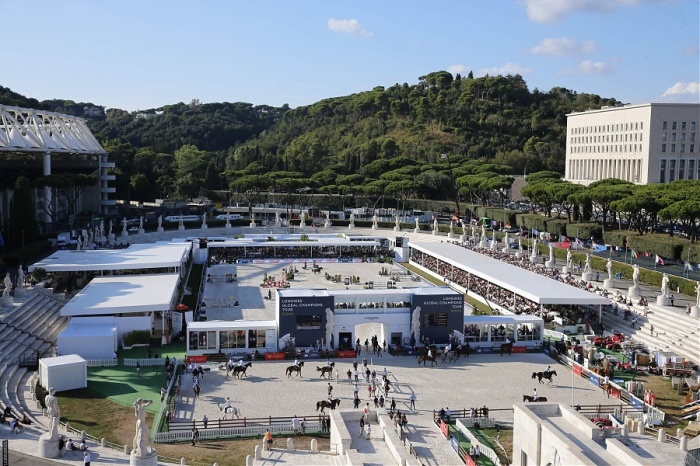 As Main Sponsor and Official Timekeeper of the FEI (Fédération équestre internationale), the Swiss Watchmaker Longines presented from 5th to 8th September in the magical city of Rome into the spectacular Stadio dei Marmi, the unique Italian leg of the Longines Global Champions Tour prestigious circuit reserved to the best riders of the Longines world ranking. 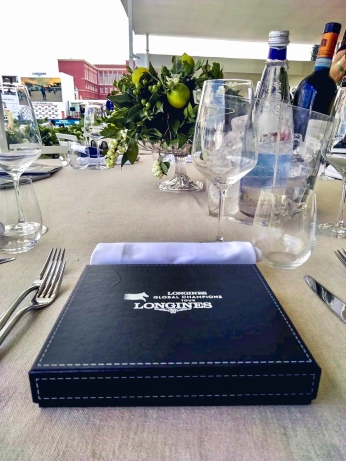 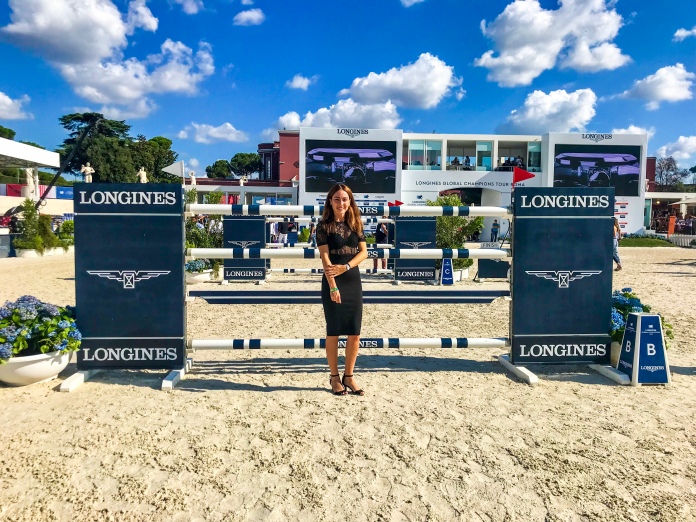 Four days of highest level competitions, which the clou was on saturday with the Grand Prix of Rome 1.60 designed by chef de piste Uliano Vezzani. A base path who saw 35 starterts at the beginning, and just 4 entered the decisive jump off.
Thank to Longines I had the opportunity to walk the course with an explanation jump by jump.
For the second consecutive year, the British rider Ben Maher conquered the podium on Explosion W with a double clear round and the uncatchable time of 38″76. Second place for the Brazilian rider Marlon Módolo Zanotelli on VDL Edgar M (0/0-39″20), and third the legendary Ludger Beerbaum on Cool Feeling (0/0-39″39). Italy dreamed with the Italian air force rider Luca Marziani, fourth place (0/12-42″16).
Here the complete ranking and videos. 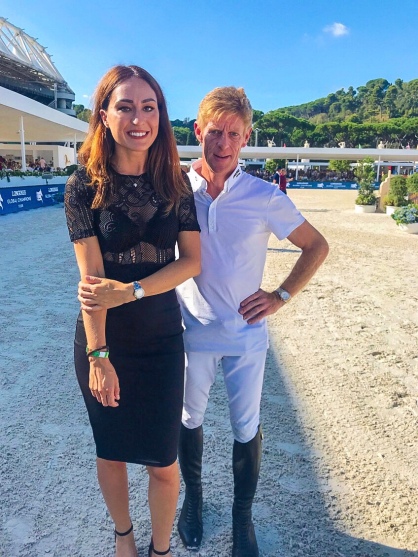 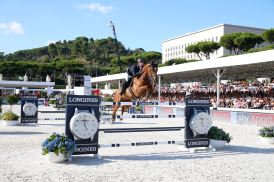 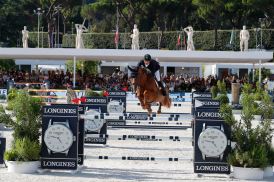 The Official Watch choosen for the event was the Longines Conquest V.H.P. (very high precision) with blue dial, model that represents a new goal in the field of quartz combining great precision, technical content and sporty look in compliance with that elegance so dear to the brand. The timepiece hosts an exclusive movement renowned for its high degree of precision for an analog clock (± 5 seconds / year) and for its capacity to reset the hands after a collision or an exposure to a magnetic field thanks to the GDP system (gears detection system).

Fabrizio Giaccon, Brand Manager of Longines Italy awarded the Ben Maher, winner of the Longines Global Champions Tour Gran Prixe of Rome 1.60 during the prize ceremony with an elegant timepiece for his extraordinary performance.
The top step of the podium also gave to the British rider one of the last gold ticket to access to the Longines Global Champions Tour Super Grand Prix where he will compete against all the winners of the previous legs during the Final in Prague, to decree the
absolute champion of the entire prestigious circuit. 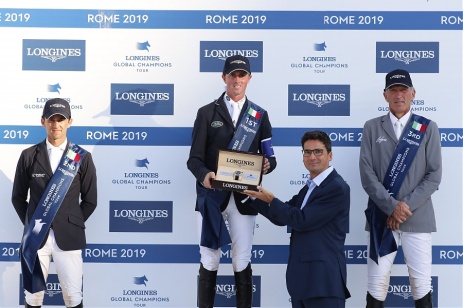 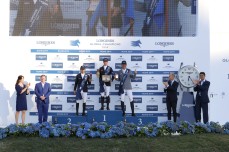 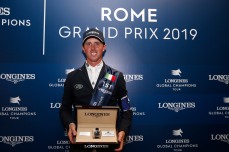 Ben Maher, the winner of the Grand Prix 1.60 with his prize a Longines timepiece

After the leg of Rome, this week end will be the turn of Saint Tropez, and then for the first time New York, before entering the last appointment in the famous Czech capital. Pieter Devos leads the overall standings with 266 points, ahead of Ben Maher with 252 points and Kevin Staut with 239 points.

Thank you Longines for another wonderful experience and for letting me live my sport inside the best riders and horses of the world.